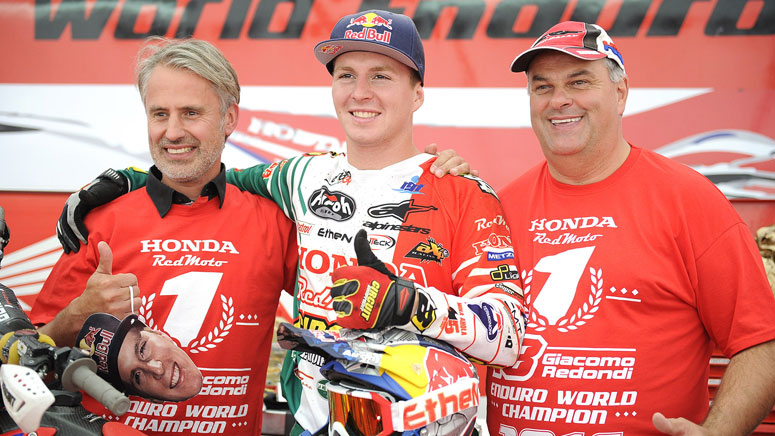 3 years after the last world title, conquered by Alex Salvini (with Honda-RedMoto) in E2, finally an Italian rider is back at the top of the charts.

For the EJ Title, a sixth position was enough for Giacomo Redondi, with a strong advantage of 70 points, but he wanted to do things in a big way, winning the 13th consecutive victory of the season and thus conquering his World Title three days before the end of the championship. But he didn’t stop there: on Sunday he broke the record for consecutive victories in a single season, reaching 14 on 7 GPs held.

Davide Soreca, always in the EJ, got on the podium in both race days with a second and a third position. Oscar Balletti finishes second on his return to the World Championship after the forced stop for the injury suffered at the beginning of the year. Next to him, on the third step, an incredible Alessandro Battig, fifth on Sunday.

The next appointment for Honda RedMoto World Enduro Team is the GP of France, scheduled in Cahors on September 10 and 11.