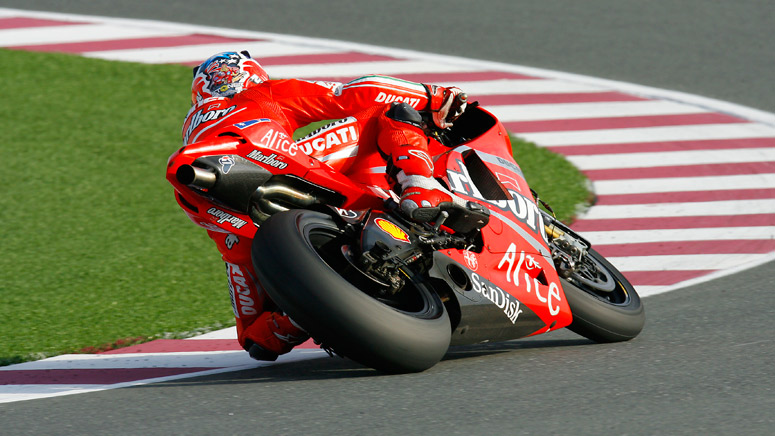 A pure talent, capable of renewing the riding style. Stoner was one of the most talented and incredible riders of the modern era in the world of two wheels.

• 2006 – debuts in Moto GP
• 2007 – joins the Ducati family and succeeds in winning the world championship, bringing Ducati to victory in the queen class after more than thirty years. The historic partnership between Termignoni and Ducati sees one of the most exciting moments in the conquest of the MotoGP World Championship with Stoner at the wheel of his Desmosedici.

He was the first winner of the new 800 cm3 engine Moto GP, world champion with 3 races to spare. Only in 2007 he won 10 races.
• 2008 – due to a serious accident he had to abandon the world championship and retire.
• 2009 – he wins the race at Mugello, an important moment for the ducatista family that conquers the victory at home. In this year he wins 4 races.
• 2011 – His career ends in 2011 with 3 more exciting victories.