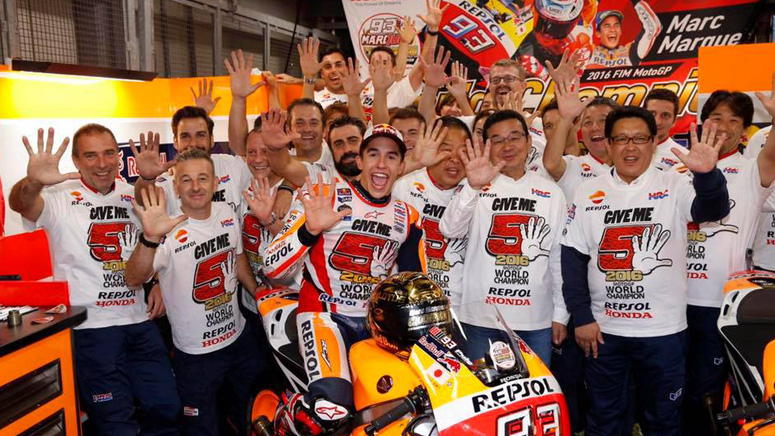 With three days to spare, during the Motegi Grand Prix, Marc Marquez graduated as World Champion for the third time in the MOTOGP championship riding the HONDA RC213V.
Marquez has managed his Honda in an impeccable way, playing a perfect 2016 combining speed and continuity, skills that have allowed him for the third time (in motoGP), at the age of 23 years only, to be still an innate winner.

Using his head and wrist, Marc Marquez obtained a triumph built with intelligence and authority, also thanks to the undoubted ability of the HRC team to be able to modulate the bike on the needs of the Spanish rider. For Termignoni this is the third success in 2016, yet another victory that makes us proud of the work done with our partners and that confirms the strong attitude of the company towards the world of racing. With this success Termignoni also signs its tenth victory obtained in the MOTOGP championship, the fourth obtained in parternship with HRC.