Shane Shakey Byrne BSB champion 2017, the partnership between Termignoni and Ducati is confirmed as a winner

Home > 2017  > Shane Shakey Byrne BSB champion 2017, the partnership between Termignoni and Ducati is confirmed as a winner 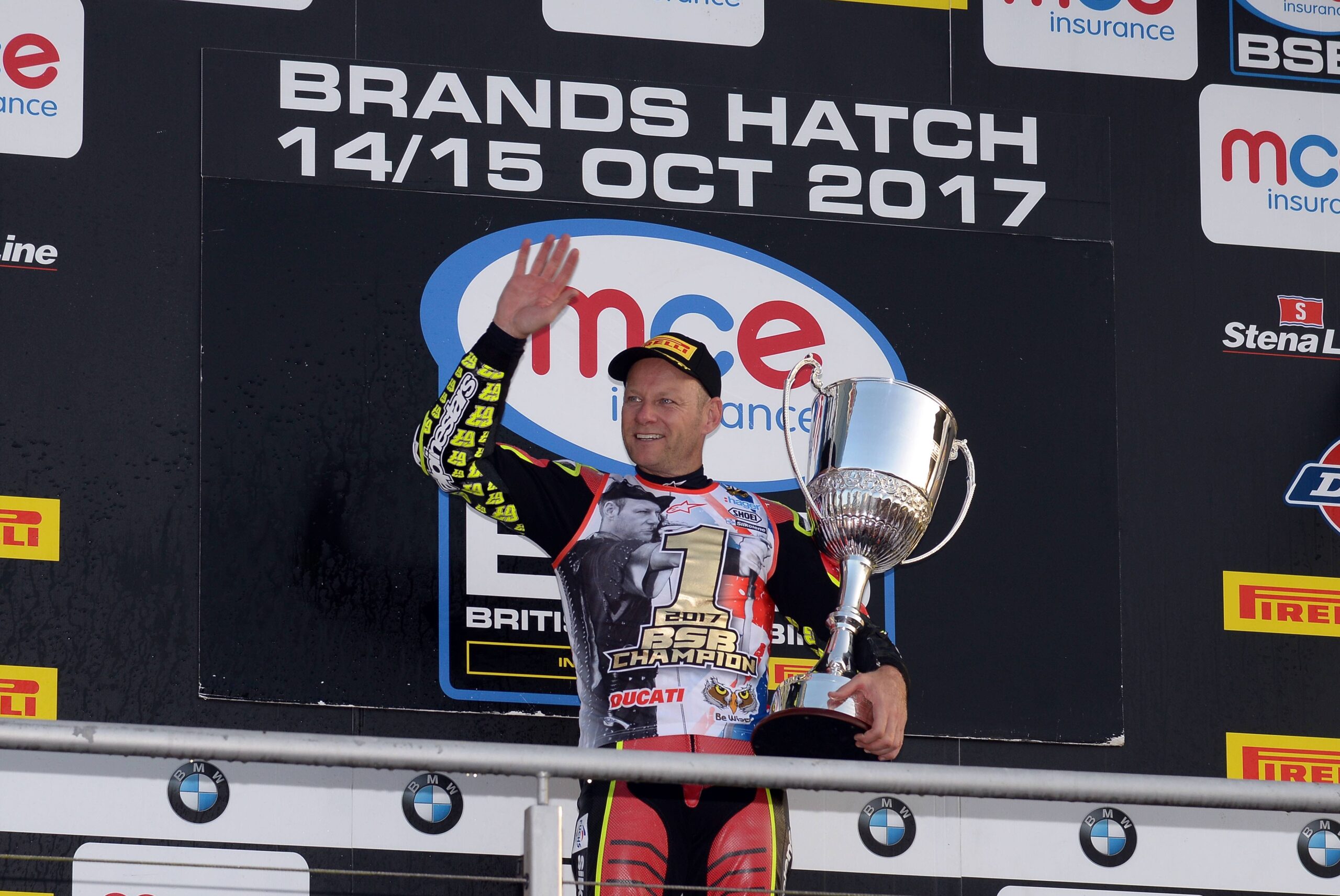 18 Oct Shane Shakey Byrne BSB champion 2017, the partnership between Termignoni and Ducati is confirmed as a winner

Shane Byrne reconfirmed his title in the 2017 British Superbike Championship and took the title for the second consecutive year aboard his Ducati Panigale 1299. The star of British motorcycling for the Superbike category, Shakey contended for the title with Haslam and Brookes. But the twist of the sixth lap subverted the balance of Race 3: Leon Haslam left the track following a disastrous fall and Byrne’s Panigale gained ground.
After the first step of the podium conquered in the two previous races, the bearer of the BeWiser Ducati team manages to finish in eighth position in Race 3 of the Brands Hatch Showdown and to win the British Superbike Championship 2017, 3 points behind Brookes. Shane Byrne thus renews the success of the BeWiser Ducati team and brings home his sixth BSB title.
With the exclusive racing exhaust D170 for Panigale mounted on the bike, Byrne confirms the winning Termignoni – Ducati formula. Our company has always wanted to bring the excitement of racing to the highest levels. Triumphing in the British championship suggests that we are on the right track, we are really excited!
Read the full article on  PBM official website.